Do You Know What’s In Your Beer? A Guide to Healthier Beer (Gluten Free)

Do you know what’s really in your beer? Common additives are carcinogenic, can cause weight gain, diabetes, kidney damage, digestion problems, allergies, migraines and more. No fear! This guide to healthier beer shows you how to have your brew and drink it too! Gluten free beers with just four ingredients are better for you, without sacrificing flavor or fun.

This post was originally published in September 2017 and has been updated.

This post is sponsored by Omission. All thoughts and opinions are my own. Thank you for supporting the brands that make it possible for Root + Revel to provide free content and healthy living inspiration.

What’s better than a crisp, cold, refreshing beer in the hot summer weather?

Or better yet, on gameday! August will already kick off football season, and in my book football = beer.

Because what is a football game without beer? And buffalo sauce. And chili. Or both!

As much fun as drinking beer and watching the game can be though, I have to admit–as someone who tries to minimize their gluten intake, this time of year can also be a little stressful. And even though I’m much more flexible with eating gluten sometimes than I was a couple years ago, I still try to opt for ‘healthier’ when I do drink… because hangovers just get worse as you get older, amiright?!

But did you know that healthier beer DOES exist?!

Whether you have a gluten intolerance, or try to minimize your gluten intake for health reasons, or simply want a cleaner, delicious beer, I have news for you: you no longer have to give up beer!

If you care about what you put in your body, but also don’t want to sacrifice flavor, fun or feel guilty about indulging, there are a handful of healthier beers on the market that make drinking beer possible again.

Healthier Beer + Why You Should Switch

Just like with wine, when you drink beer, it’s unlikely that you know what’s actually in your glass.

RELATED:  Why You Should Drink Natural, Biodynamic and Organic Wine

The ingredients in beer are not required by law to be listed anywhere on the label and manufacturers have no legal obligation to disclose the ingredients or even the alcohol levels.

How crazy is that?! Especially when you consider all of the additives that are often found in beer. Check it out:

Common additives in beer: While beer in its purest form is made from grains, hops, yeast and water, there are tons of other ingredients used to clarify, stabilize, preserve, and enhance the color and flavor of beer. Here are a few:

Furthermore, most beers are made with GMO grains, like corn, sugar and rice, most of which contain gluten, which can prove difficult for anyone with an allergy, intolerance or inflammation.

That’s why I’ve switched to Omission, which is made with just malted barley, hops, yeast and water. Real food. Real good!

RELATED:  8 Game Changing Tailgating Recipes That Are Actually Good For You

While some brands choose to use gluten-free grains like sorghum, buckwheat, rice, tapioca, or quinoa to make their beer, Omission’s handcrafted beers are made just like your favorite craft beers (from barley, hops, water and yeast), brewed using a unique process to remove gluten.

Once the beers are transferred to the fermentation tanks, they add a brewing enzyme called Brewers Clarex, which breaks apart the gluten protein chains. The beers are then packaged in a closed environment to eliminate any cross-contamination risk.

So what does this mean for you? First of all, it means the beers are DELICIOUS and full of flavor, tasting just like your favorite brews. So no sacrifice there.

Secondly, while the beers aren’t technically gluten-free, they are safe for anyone with a gluten intolerance to drink, even some Celiacs.

In fact, every batch of Omission has measured at levels less than 20ppm, the lowest level detectable by an independent lab using the R5 Competitive ELISA, the best test available.

Note: Although there is scientific evidence supporting this testing, the evidence is not conclusive. It’s important you make your own decision about the gluten risk in drinking beer, especially if you have Celiac Disease.

Disclaimer: Omission beers are fermented from grains containing gluten and crafted to remove gluten. The gluten content of these beers cannot be verified, and these products may contain gluten.

Find Omission near you with their handy Beer Finder!

What are your favorite ‘healthier’ or gluten-free beers? Let us know in the comments below!

Disclaimer: This post includes affiliate links, and I will earn a commission if you purchase through these links. Please note that I've linked to these products purely because I recommend them and they are from companies I trust. There is no additional cost to you. 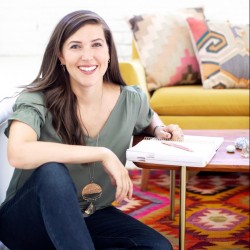 Join 35,000 others and get access to my library of resources for free!

12 comments on “Do You Know What’s In Your Beer? A Guide to Healthier Beer (Gluten Free)”

Welcome to your ultimate resource for true well-being! If you're seeking a more eco-friendly, natural and holistic lifestyle, without dieting or sacrifice, you're in the right place. Get ready to celebrate life by embracing nature, slowing down to return to the wisdom of our bodies, and striking the balance between good + good for you!

Join 35,000 others and get access to my library of resources for free!